People increasingly pay attention to their health and wellbeing. A big concern has always been one’s stress levels. It is not surprising that advocacy for exercise and improved diet is being done from the perspective of addressing stress. Both Yoga and Pilates are known to significantly reduce stress in participants. Since they are slightly different and unique, and one may not have enough time on their hands to pursue both, it is not surprising that the question that is now coming to the fore is, ‘Which one is better?’. A case could be made for either, this article takes an impartial look at both. However, we must emphasize that the choice of one over another will probably come down to convenience and personal preference more than anything else. 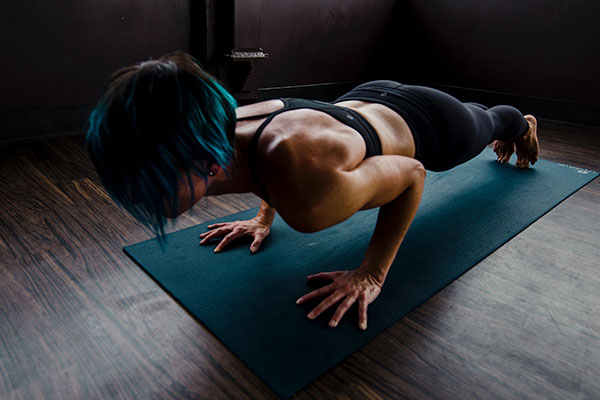 Yoga as practiced in the western world is an adaptation of Hatha yoga and it predominantly involves asanas. It is popular as a relaxation technique that relieves stress and improves fitness. In contrast, the good old yoga was primarily designed for meditation and release from the vanities of humanity. The evolution of yoga over the centuries has been marked. However, it has allowed it to become something that anyone can practice. It has gained global followers from all walks of life. The popularity of yoga globally, especially in the western world has sky-rocketed in recent years making it an $80bn industry.

Pilates is a relatively recent phenomenon. It was devised only 100 years ago making it a toddler when compared to yoga that has been around for thousands of years. It got its name from Joseph Pilates, a German who developed it. Over the years it has grown in popularity. The recent spike in interest has been driven by celebrity endorsements from A-listers such as Beyonce and Cameron Diaz.

There is a lot of money to be made in yoga and Pilates. This has attracted all sorts of characters, good and bad, to the industries. In order to attract customers, both yoga and Pilates are practiced in a variety of versions and even these are modified daily often with the explanation that the changes yield more and faster fitness and better deals with stress. There is no debate that yoga or Pilates will have a positive impact on your life. It is true at the same time that they are many unsubstantiated claims made by coaches and studios in the aim of attracting more people. It is important that you take your time to do thorough research so that you are not disappointed when a whole year of yoga or Pilates does not heal your chronic back pain.

Both yoga and Pilates are low intensity exercises. Yoga requires minimum equipment and can be done anywhere, including the park. They both enhance stability with yoga focusing on flexibility and Pilates on strength. Unlike yoga that traces its roots to the pursuit of spiritual enlightenment, Pilates is founded on rehabilitation and healing. Yoga practitioners originally aimed to connect to a higher consciousness so as to have the ability to rise above the inherent shortcomings of human beings. This experience was thought to equip an individual with the perspective and compassion needed to end suffering in the world. It is hard to find modern yoga studios mentioning this. The focus is now on physical fitness, that sculpted body we all desire, and reducing stress, some could kill for a good night sleep. Some coaches have a taste for flamboyance and exaggeration, you should not be surprised to see jaw-dropping claims that yoga cures anything and everything, if only you put your mind to it.
When coming up with Pilates, spirituality was the last thing on Joseph Pilates’ mind. He was solely focused on rehabilitation and healing. He developed various apparatus that accelerate the process of strengthening, stretching, increased core strength, and body alignment.
A lot of things including poses overlap between Pilates and yoga. It is common to find a yoga coach doubling up as a Pilates trainer. The core difference is primarily philosophical, yoga uses the physical poses to connect to the mind and allow it to relax, while Pilates uses the mind to help the physical body heal.
It is hard if not impossible to pick one or the other unless you have specific needs. For instance, if you are recovering from a traumatic injury, Pilates would be more beneficial than yoga. On the other hand, if you are being weighed down by life, yoga would prove more helpful. If possible, you should choose both and practice each alternatively so as to enjoy the more subtle benefits of each for a more holistic experience. At the end of the day, being in a position to take up either is a big win for you and the right choice. Both yoga and Pilates will definitely change your life for the better.