Thanksgiving is that time of the year where we’re to look back on our lives and remember significant events and people that made us feel grateful. Friends, as well as distant and direct family members, come together to share these memories and express their gratitude. After all is said and done, we all jump in to indulge in a gastronomic feast of all kinds of salty, oily, and sugary delights!

The staple recipes served at a traditional Thanksgiving dinner consist of stuffing, mashed potatoes, gravy, green beans, dinner rolls, cornbread, and stuffing. Let’s not forget the grand turkey, which is the centerpiece of the menu. That was the main course, dessert, anyone? Two popular choices for dessert on this occasion are pumpkin and sweet potato pie. On top of all that, add your beverages, including beer, ciders, and wine, and you can succeed in nailing this elaborate dinner. 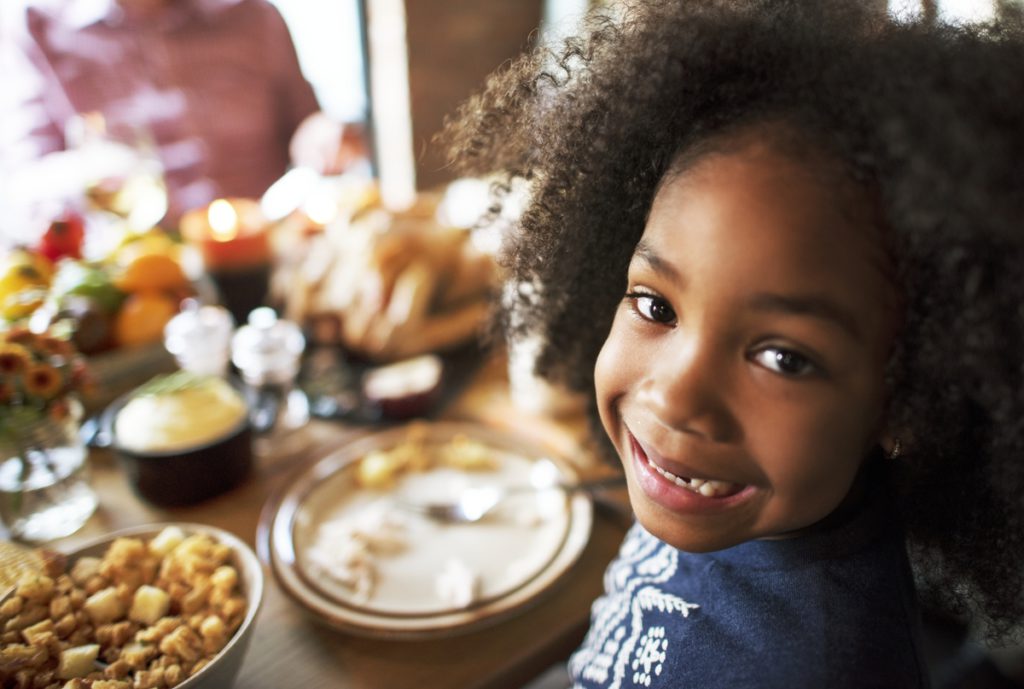 The intention behind this festive gathering is not bad. It’s always warm and heartfelt, but it has some negative consequences on our health. It’s true that among the recipes mentioned, we can find vegetables such as green beans and brussel sprouts. Still, we can’t benefit from the nutrients, firstly because they are cooked or served with butter, and secondly, they are paired with many other salty, fatty, and sweet dishes that are a majority on the table.

According to the Calorie Control Council, 4,500 calories are consumed on average by Americans during the Thanksgiving season. This number is double the recommended daily calorie intake since men need 2,500 calories, while women need 2,000 calories a day.

Most of the recipes for Thanksgiving dinner, such as mashed potatoes and turkey stuffing, include butter in the preparation. Butter is loaded with saturated fat, known as unhealthy fat, because it can increase LDL-cholesterol levels, resulting in coronary heart disease. According to the NHS website, the average intake of fat per day is 70g, of which less than 20g of saturated fat. A teaspoon of butter already contains seven grams of saturated fat. Saturated fat found in butter and your red meats, deli meat, sausages, dairy products, coconut oil, and baked goods are products often served during Thanksgiving.

For your health’s sake, you can try to reduce your intake of food of saturated fat and switch to unsaturated fats like avocados, vegetable oils like olive oil, oily fish including salmon, trout, and mackerel, nuts and seeds such as almonds, macadamia nuts, and cashews.

What is wrong with Gluten?

Gluten is a group of proteins found in grains, namely wheat, rye, and barley. It’s gluten that gives dough its elastic appearance and allows it to rise when in the oven. It’s also responsible for the chewy and soft texture of baked goods like bread. Gluten is also found in cereals, pastries, pasta, pizza, and beer.

Gluten is only harmful to people with gluten sensitivity, wheat allergy, and celiac disease, which causes damage to the intestinal wall because it can’t digest gluten. For the rest of us, glutens’ only crime is that it has no nutrients. Even so, being gluten-free has its benefits. Taking grains out of your diet gives your digestive system some rest and improves your gastrointestinal health.

With a traditional Thanksgiving dinner, we put our bodies at risk for heart and weight-related issues. Change things around and try to have gluten-free alternatives in your menu; you would do yourself and your family a big favor healthwise. Remember, we only have one life, so why not make wiser decisions with what we put into our bodies.

Now, we don’t want to remove all the traditional dishes, but instead, present healthier side dishes that are still tasty. Turkey is white meat with less fat and calories so we’re focused on the side dishes.

Stuffing is a dish that is always present on our tables for holiday festivities. But its primary ingredient is the bread which has gluten, so in this recipe, we’ll replace this with gluten-free bread and:

Mashed potatoes are a side dish that is much enjoyed by the young and old because they can pair with everything else served on the table. This recipe is a gluten-free version made with no butter but has the same savory taste and fluffy texture that melts on your tongue:

Bloated No More: The Ultimate Guide to Ditching Bloating-Inducing Foods