Colds and Flu is a term we hear fairly often. Whether it’s in the queue at the pharmacy or on television adverts for vaccinations around the flu season, we like to think we know what colds and flu means. However, there’s more to these sometimes fatal infections than advertising campaigns and catchy in-store marketing strategies.

This article will differentiate between flu and the common cold and highlight five essential vitamins that can help keep you fighting fit.

Colds and Flu: A Comprehensive Breakdown

Despite the similarities between influenza and the common cold, these illnesses are the result of different viruses. Only influenza viruses can cause Flu, whereas a host of other viruses, including rhinoviruses and parainfluenzae, are the culprits behind the common cold.

Flu and the common cold share similar symptoms, so it can be challenging to distinguish them based solely on how they make you feel. However, there are a few ways to tell these infections apart.

The symptoms of the flu are typically more intense and start more abruptly than those of the common cold. Common colds tend to be milder than flu infections and are thus usually easier to treat. The rate of people who have runny or stuffy noses is higher in people with colds than those with flu, so if you’re keeping tissues or camphor-infused vapor-steam products handy, you might have a cold.

Another critical difference between the common cold and flu is that colds rarely result in bacterial infections like pneumonia or other serious conditions requiring hospitalization; flu can have many severe accompanying conditions. 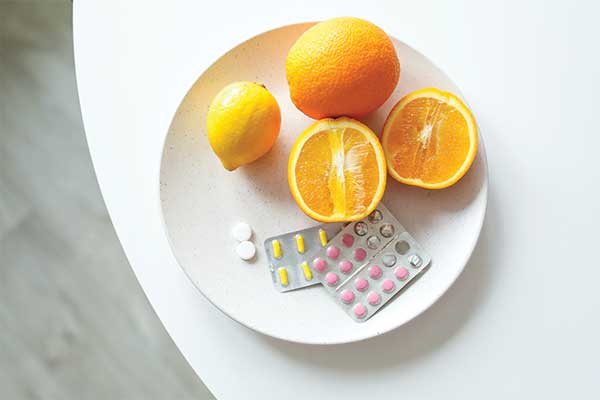 Why is the Flu So Dangerous?

Not only are flu symptoms more severe than those of the common cold, but flu also opens the body up to further infections. One such infection is pneumonia. Pneumonia occurs when a viral, bacterial, or fungal infection takes root in the respiratory system. When an infection occurs, the body responds by inflammatory processes. Another process is that the air sacs in the lungs fill with fluid and pus; this results in coughing, phlegm, mucus, fever, chills, and labored breathing. Pneumonia can be fatal if not treated appropriately and in time.

Another reason flu is so much more dangerous than the common cold lies in its nature. When the body picks up a common cold, it knows how to react. The body recognizes the virus and instinctively starts deploying defenses and mounting attacks of its own. The viruses that cause flu are far cleverer. These viruses are complex for the body to identify and protect itself against because they mutate. They shift and evolve into new strains within the body and wreak havoc as they do so.

Flu viruses are also those most prone to cause worldwide epidemics, as in the case of the 1918 flu epidemic, in which millions of people lost their lives indiscriminately. Swine flu, bird flu, and Spanish Flu are among the deadliest viral infections the world has ever known.

5 Vitamins That Combat Colds and Flu

We’ve covered that flu is a terrifying disease, but there is light at the end of this highly infectious tunnel. This light comes in the form of vitamins that we come across every day. These vitamins pack a massive healthy punch and could be the difference between a few days of coughing and spluttering and weeks of intensive care hospitalization.

The antioxidant power of vitamin C is unmatched. Vitamin C helps prevent oxidative damage to the body’s cells by fighting free radicals. Scientists and medical professionals can tell that Vitamin C is a worthy adversary to infection because Vitamin C supply within the body is depleted when an infection is present. Through this depletion, the body can heal. So, while there is limited evidence to support how effective Vitamin C is in treating specifically colds and Flu, studies show that taking in enough Vitamin C can decrease both the time and severity of respiratory infections.

There is also evidence to support that a lack of Vitamin C can be detrimental to your health and increase the risk of infection. There are numerous ways to get more Vitamin C into your system. Some of the tastiest natural morsels that contain Vitamin C are broccoli, pineapple, orange, bell peppers, and strawberries.

Much like Vitamin C, Vitamin D is also shown to reduce the risk of infection. It can also decrease the duration of chronic viral infections like colds and flu. In general, vitamin D is essential to human health. The trouble with Vitamin D is that it is available in very few foods and is almost exclusively obtained through exposure to sunlight. While there are certain foods that vitamin D can be found naturally in, the easiest way to introduce it into the body is through supplementation.

Even though it is so rare to come across naturally, vitamin D has been shown to increase immunity and is a remarkable ally in fighting off infection. Vitamin D can be found in egg yolks, sardines, salmon, mushrooms, and fortified foods like soy milk, almond milk, yogurt, and orange juice.

Vitamin B6 is a water-soluble substance critical to the body’s metabolism of protein. Vitamin B6 is also involved in slowing down cognitive decline, increasing brain development, and ensuring that your nervous system is functioning at its peak. It has also been shown to work hand-in-hand with the immune system to protect the body against infections like colds and flu. You can obtain vitamin B6 through potatoes, chickpeas, tuna, salmon, liver, and chicken.

Magnesium is involved in more enzymatic reactions than vitamin B6. Therefore it is definitely a vitamin that you want enough of. Magnesium is integral in bone formation, decreasing infection inflammation, and the health of your heart. It has also been shown to be effective at keeping colds and flu at bay. Magnesium can be found in most vegetables and is also available in tasty treats like dark chocolate and pumpkin seeds.

Zinc has a vital role in improving communication between cells in your immune system. Zinc also boosts the activity of cells that attach themselves to virus-infected cells to root them out and kill them off. It is an essential mineral found in many over-the-counter medications for colds and flu.

There are many ways to increase your intake of these five essential vitamins. Whether you opt for supplements or choose the natural route of red meat, vegetables, shellfish, and dark chocolate, ensure your body has a sufficient supply of these five essential vitamins. An apple a day might keep the doctor away; vitamins help keep colds and flu at bay.

With the advancements in technology and treatments for chronic dry eye, many people with...
Read more

If you have trouble meeting your daily water goal (like me), you are someone...
Read more

- A word from our sponsor -

Previous articlePreventative – Melatonin: Vitamins to Help You Sleep
Next articleEverything You Need to Know About Infrared Sauna